A downloadable A Hell of a Soup for Windows

A Hell of a Soup

In this Open World Adventure FPS, your mum sends you on a journey through the desolated lands because she's in desesperate need of ingredients for her soup.

The objective is to travel to the different groceries store and get your mum her ingredients. Travel isn't easy and you will need to face few challenges.

Find a weapon and discover the secret that mum was hiding from you all this time.

(Small advice, the boxes give you a speedboost ;) )

i probably will not play this game any more but it was very fun both casually and to speedrun :)
Reply
Antoine Fauville3 days ago

Honestly I have no words, I'm really impressed by this :D congratz man!

I never left a comment on this site before, and it has been a while since I played the game, but I had a lot of fun with it. Very simple yet odd enough to draw you in. I highly recommend playing it for yourself.

Very stylish and very odd. Loved the monster and world designs. I maybe would have toned down the head bob/head tilt a little bit.

Quake mixed with open world post apocalyptic desert set in a surreal comedy-That's how  A Hell Of a Soup can be described as shortly as it can.Oh and add the Postal 2 influence too.

Atmosphere feels gloomy and lighthearted at the same time and game really encompasses that mood like Yin and Yang.Music really adds to that feeling too.

Ingredients are not that hard to find but the map menu really got me confused .I didn't knew where to go and where to look at for the ingredients.Supermarkets were the goofball of the game as the characters behaved randomly and funny.

But when we step onto the game mechanics,we start to tremble in the review.Game needed more gun variety and enemies were scattered around.Even the non-boss enemies were hard to kill.At least the bosses were thought good--a Biblically accurate Seraphim Angel that guards the gates of old city ruins,lawnmower running bulls-.

İt was a fun game to play despite its negative sides

it is so strange but its fun

I have been experiencing a bug where whenever my character constantly moves to the right no matter what I do. I can move in other directions, but I never stop moving toward the right. I have tried to download the game a few different times but it has been to no avail. Any help would be appreciated.

Hello, I'm not sure how I can help, I tried to download it here too and I don't seem to have this problem. I'm sorry but I'm not sure I can find a solution for you.

Maybe you can send me more step by step on what you are doing to reproduce this bug ?

I have done this a few times, and each time have met the same result.

Thanks for playing it! :) Happy you liked it!

Thanks for playing, glad you loved it :)

I got rickrolled in the meatball store :(  That was hilarious.

are the move keys actually zqsd?

In france (and sometimes in belgium)  we use a specific keyboard layout called azerty, in consequence the directional inputs become zqsd, I guess the creator of this game comes from france and didn't really took that in consideration, or didn't care.

For the release build, it is WASD yes :) the early version was in azerty for me to work but it was fixed recently

this game has such an intricate world, crafted with excellence.

basically, it's really good. I liked how the mood changes from gloomy to the exact opposite when you enter a store.

Also, the music and ambiance pairs well with the environment, and the tone of the game is really enjoyable, being lighthearted and funny. The monsters were really cool, too. I especially liked the invisible-lawn mower bulls that wander near the IKEA. Another notable monster would be the nightmarish fish carcass that roams the boneyard.

one problem i encountered was that sometimes when I would be shooting an enemy with a lot of health, it'd seem like they were invincible, and I would give up fighting it. I think the only reason i thought that was because halfway through the fight the enemy would flee but not hesitate to engage in battle again when I got close enough.  The workaround to this would be to either add enemy health bars to show the player how much health the enemy has, or change the enemy's texture to a bloodied one as their health gets gradually lower.

super cool game. I'd love to see more games like this. keep it up!

Thank you very much for the feedback, I like the idea of monster swapping textures to show the healthbar, it's not taking you out with UI, keeps you immersed and will visually show a clue on the monster's health :)

Glad you enjoyed it!

hi, big thx for the game. greetings from rosti 🙏

Thank you Rosti ! Glad you liked it :)

Hii, I've made a video about the game and wanted to share some feedback about it ^^, hopefully it is useful to you :D

-The concept of the game is quite good and original, also I'll say that it gives me some nice POSTAL 2 vibes :D

-The gameplay mechanics are NOICE, perfect for running around the map shooting and discovering interesting places in the world you have design ^^

-Visually the game looks pretty awesome, but I'll say that giving some texts more resolution would be nice, just a little bit so it can be more easy to read but still fits with the rest of the art style.

Hopefully this is useful to you :D, also if you could subscribe that would help me a lot :)

Hey! thanks for the feedback, that's amazing, I agree with the text, it's not always perfect. I'll definitly improve this in my future games :)

Yeah, I got the vibes there tooo hahahhaha :D

Reply
TheModernDeath211 days ago
I like the aesthetics a lot.
Reply
Antoine Fauville207 days ago

Glad you enjoyed them, was nice to see your reactions! Thanks for playing

Aw man, awesome speedrun :D you found a trick I didn't think about, that's amazing, I tried a run based on yours, and I think you definitly made the run faster than ever now :D

Strange and interesting. I enjoyed it a lot. Keep up the great work!

This game is outstanding, great job

Thanks a lot Tyler :)

Nice, happy to hear you enjoyed it :)

This game is very interesting... it has the potential to be expanded or improved upon. Congratulations on your game.

Thank you very much! Glad you found it interesting :)

a soup to DIE for :D

hope you guys enjoy the vid and im sorry for butchering your name :D

Thanks Shiro K for playing, was a blast to see your reactions :D

Glad you liked it :D 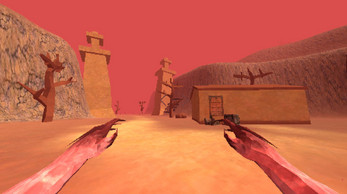 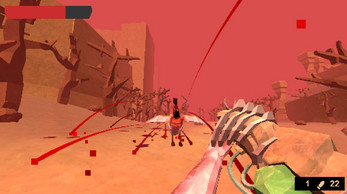 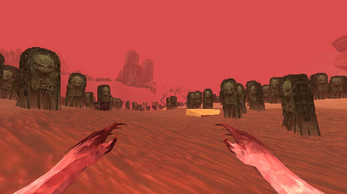 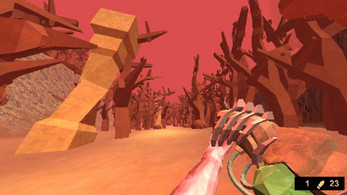 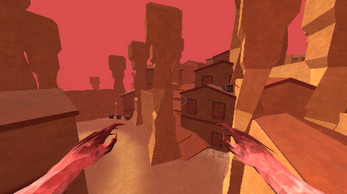 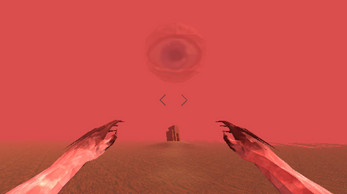